Thanks to all who joined in for a bit of fun with the DPF Mortgage Specialists Melbourne Cup Sweep.

The horses will soon be lining up for the “Race that Stops our Nation”  & below are the lucky names who were drawn in this years sweep. 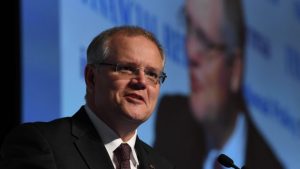 The Turnbull government will introduce mandatory comprehensive credit reporting (CCR) from 1 July 2018 in what is anticipates will be a “game changer” for lenders and consumers.

Speaking in Melbourne this morning at the Fintech Australia Collab/Collide Summit, treasurer Scott Morrison said the government’s current target of 40 per cent data reporting by year end will not be met, as only a “negligible volume” of data is currently being reported in the existing voluntary comprehensive credit reporting scheme.

“Less than one percent of CCR data is currently being shared in public mode,” Mr Morrison said. “Which is why today I am announcing that the Turnbull Government will now be proceeding to introduce a mandatory comprehensive credit reporting regime from July 1 next year.”

The mandatory CCR regime will start with the four major banks, given that they provide over 80 per cent of mortgages to Australian borrowers.

Mr Morrison expects other credit providers will quickly follow suit to improve their competitive position in the market.

“The banks will be required to have 50 per cent of their credit data ready for reporting by 1 July 2018, increasing to 100 per cent a year later. This is a timetable the government believes is entirely achievable,” the treasurer said.

“We will consult further on whether to mandate additional institutions being included on a phased in basis as well as on the implementation mechanisms for this decision, including the legislation.

There is still a lot more work to be done, but that work now is about implementing this decision, rather than making it. We have reached and passed this important threshold.”

Mr Morrison believes CCR will be “a game changer for both consumers and lenders” and will lead to greater competition in lending provide better access to finance for Australian households and small businesses.

The regime will give lenders greater transparency on a borrower’s true credit position and their ability to pay a loan.

“This reduces a lender’s exposure to defaults by allowing it to calibrate its lending according to risk.

This new transparency will also open up the lending market to new players by enabling them to better assess the credit risk of customers,” Mr Morrison said.

“They will then be able to offer interest rates that undercut the major lenders without the fear of defaults weighing heavy on their decision making. Or give them the option of taking on-board more riskier customers at premium rates.”

For borrowers, CCR will lead to a better deal on mortgages, personal and business loans, Mr Morrison said.

“If you have a good credit history – you’re paying down your mortgage, you haven’t missed a payment on your car loan and your credit cards are under control – you will be able to demand a better deal on your interest rates, or shop around, armed with your data,” he said.

Borrowers with “one or two black marks” on their name will find it easier to get a loan under the new regime, provided their recent history of repayments is positive.